Shining like silver, the waterfall falls upon a rocky hill. On any sunny day, at least two rainbows run across the waterfall making the view out of the world.
But getting to the waterfall isn’t that easy.

Traveling within Sharavathi valley is still considered offbeat in the true sense. Not many travelers go further than the popular Jog Falls in the valley, let alone find their way to a hidden waterfall that needs government permits to visit. Kudumari falls, another name for the Belligundi falls, are accessible from the Kattinakaru village in the Shivamogga district in Sharavathi. From the village, the waterfall is about 9 km away.

The hike to the falls is demanding. Hikers have to go through the thick Shola forest that is dense with Russell vipers and king cobras. The presence of the snakes is a good sign that you should never even attempt this hike alone or without a local guide. The trail is a steep descend after a few kilometers of almost straight walk. But when the path descends, the trekkers need to hold onto the trees on the path and carry a bamboo stick to maintain balance.

Water streams are plenty on the way. The fresh and sweet natural water is more than enough to keep you going. The Belligundi falls are so deep within the jungle that you cannot even hear them. Only when you arrive at a point called Kalgatta, you get a glimpse of the falls shooting out from the top of a rocky hill at a distance. The hike is not over yet.

From Kalgatta, hikers need to climb up boulders to complete the last kilometer of the hike. First, you pull yourself up the boulders that form a bridge over a tiny stream. The hill on which the Belligundi falls is rocky. So now you climb up this rocky hill to get to the base of the falls. But once you get in the pool of water collected under the falls, you wouldn’t feel like leaving. The Belligundi falls will soak you in the refreshing water. The rainbows will be like colorful ribbons against the silver background. Food needs to be packed and taken along as there are no food shops near the falls. It is completely in the middle of a dense forest.

Spend as much time as you like but don’t forget to start walking back so that you have at least three hours to complete the hike before the sunset. Hikers are suggested not to walk in dark in the jungle as the trail is not well marked. It is unlikely that you would run into another hiking group there. At night the chances of running into wild animals are also higher. Though the animals would maintain their distance, it is better to avoid hiking in the jungle at night.

After you get down the boulders, you have to hike up the steep trail. A cold shower under the falls and a meal would have tired your body, but the 3-4 kilometer of steep climbing has to be done. Walk at a medium pace. Slow down to catch your breath. Sip some water. Then continue walking. Also, always follow the guide and never leave the group. Once you have climbed up the steep trail, you will arrive at the same freshwater stream where the group rested while going to the waterfall. Take a break to drink lemon water there.

Now the rest of the path might seem long, but it is an easier walk. You walk under the canopy of the thick evergreen forest of the Sharavathi valley. Apart from some swampy area, the trail isn’t tricky. The entire forward hike takes at least four hours. The return walk would need approximately three hours if you go at a brisk pace.

This part of the forest is known for the monkey fever, so the DMP oil, the preventive medicine for monkey fever, has to be applied thoroughly over the arms, legs, and any other exposed parts. Do drop some oil on your Shoes as well. You can get this oil from the government hospital in Sharavathi valley. Forest permits are also required to visit the waterfall. The official permissions can be taken from Shivamogga.

The remote route to the falls and the trail’s difficulty are some of the reasons that there are almost no tourists at Belligundi. But not a lot of people who would like to visit these falls even know about them. Visit the Belligundi falls before they get too crowded.

Day one - Depart from Bangalore, Overnight Journey.
You will start the journey at night from Bangalore. You will meet at a pre-decided spot and board the vehicle. It will be an overnight journey.
Meet and Greet. Start precisely at 4:00 pm from Bangalore. Trek leader will brief you about trek itinerary and engage everyone in Ice breaking session. Stop for Dinner at Tiptur. After passing through Sharavathi WLS Around 2:30 Am reach hamlet of Kattinakaru in the wee hours. A short power nap till sun rises up.
Day two - Reach Kattinakaru stay. Relax. 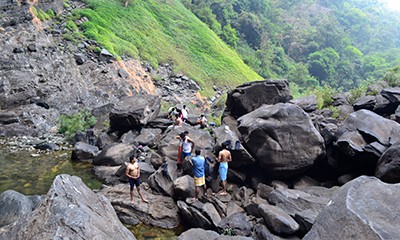 Around 2:30 Am reach Kattinakaru stay. Relax. Drive Via Karani and reach the last road head. Trek to falls. Overnight stay.
Wakeup and refresh. After breakfast drive upto village Karani about 9kms. Start trek after road head. Walk through the village, passing through paddy fields followed by forest streams. An hourof walk through canopy in jeep track, reach kallu done in the midst of the jungle. Appease your thirst in the natural stream and descend into the valley. A steep inclined 60 -70 deg descent for an hour brings you atlast to palm tree bushes interspersed with rocks and bamboo bushes. Beware of vipers resting entangled on a twin or branch, on laying coiled on the foliage. Hear the murmuring voice of stream and first glimpse of shimmering cascade. Hold on, cautiously walk on the boulders and a uphill climb, heed the words of guide escorting you.
After a steep climb, reach the base of the waterfalls. Rocks around the waterfalls are slippering. Be cautious while walking on boulders. Water plummeting from a height of 300 feet, is soothing for mind body and soul. Removes all tiredness in no time. The sun rays fall in on the veil of rasing droplets create a vibgyor and is a treat to eyes. After spending couple of Time, time to descend slowly and retrace steps till road head. The uphill climb will be tiring and mandatory to keep up time as darkness fall in soon. Reach the road and short ride brings you to host place. Refresh and Share you experiences. Overnight stay.
Day three - Visit Bheemeshwara Temple and waterfalls. Drive Back to Bangalore reach by Night.

Things To Carry
Routes to reach

Team members are requested to select and book tickets. Reach respective points or places enroute. However, make use of Namma Metro for hassle free travel.Our event leaders will assist you all times for any assistance. 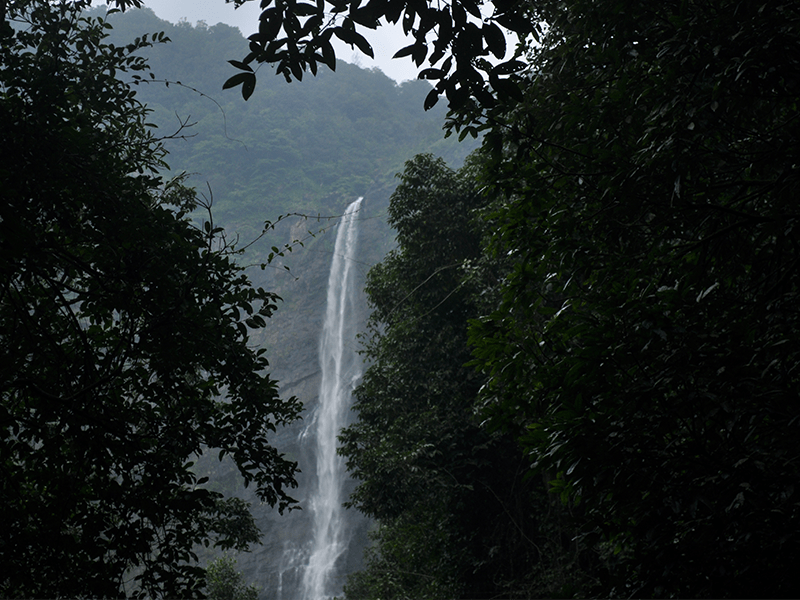 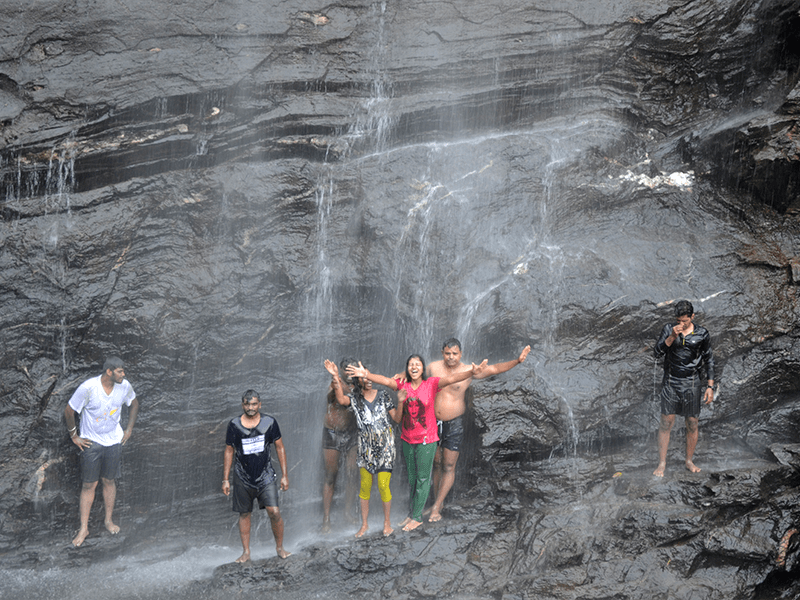 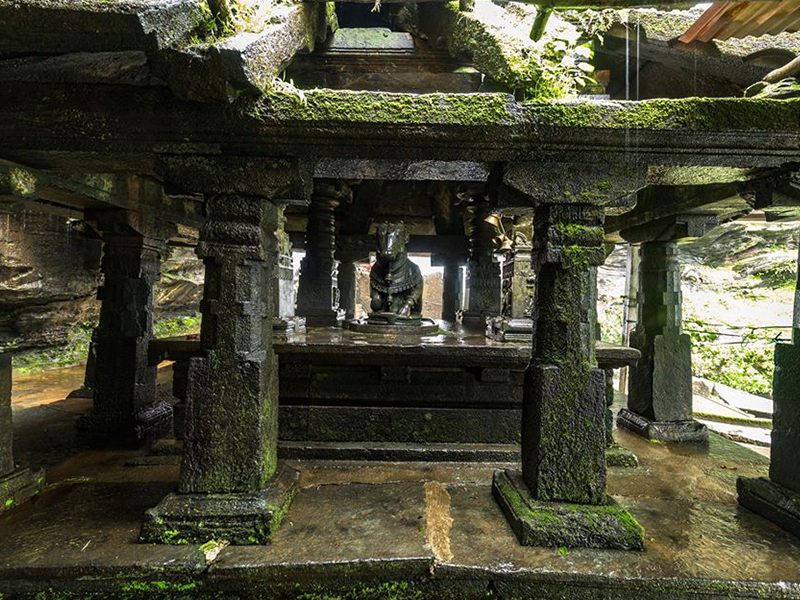 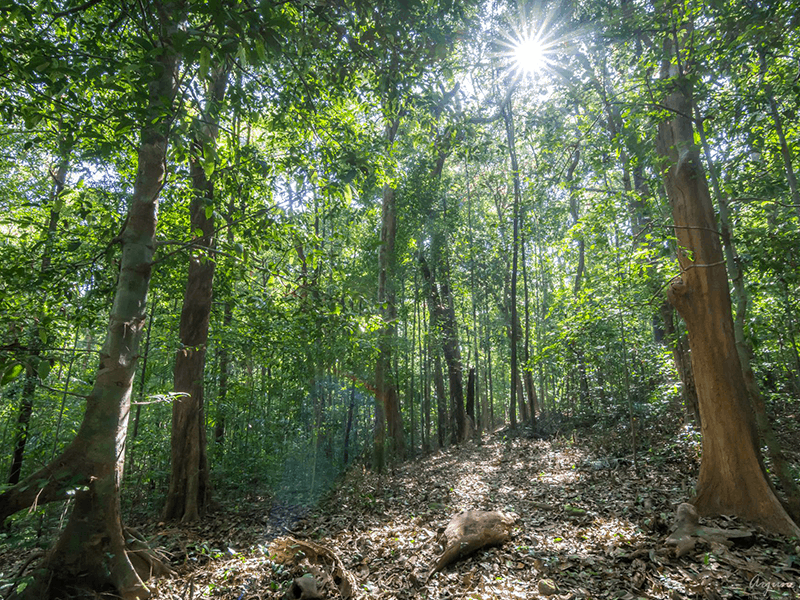 Walk in the Rainforest 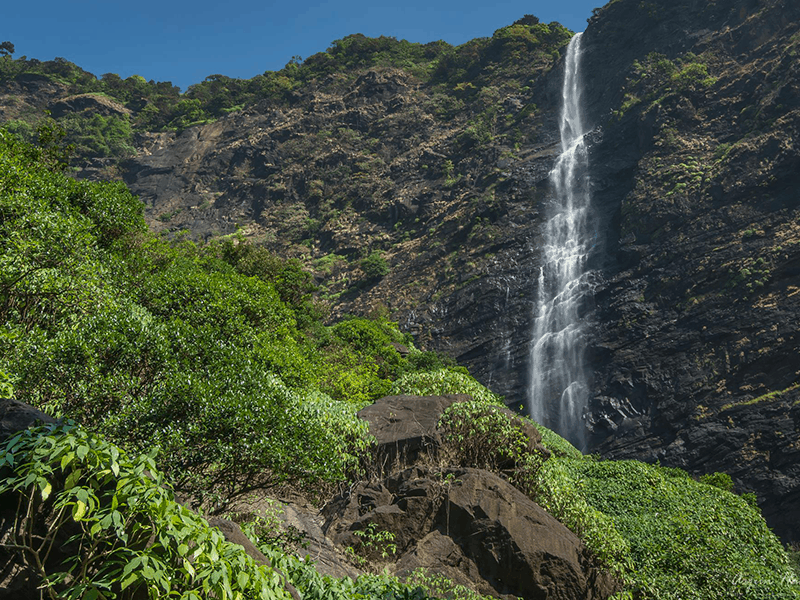 View of Belligundi waterfalls after the descent 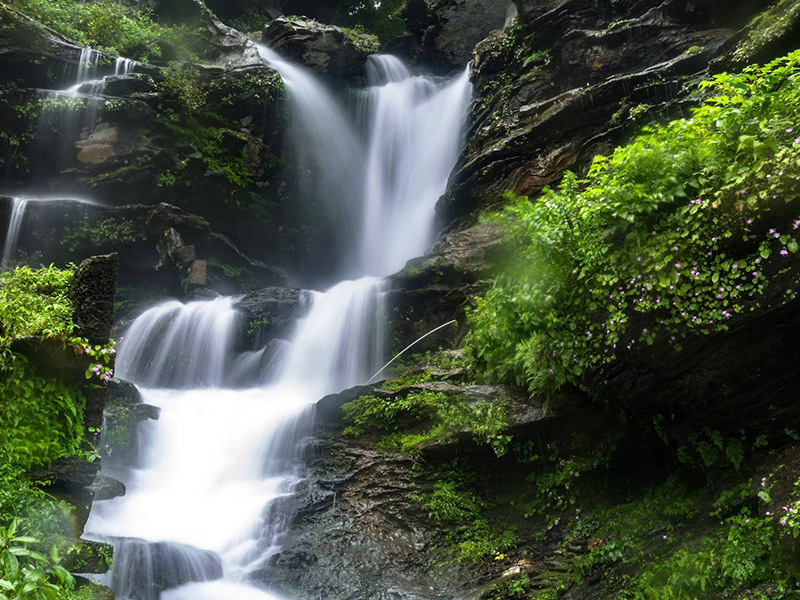 What our clients say?